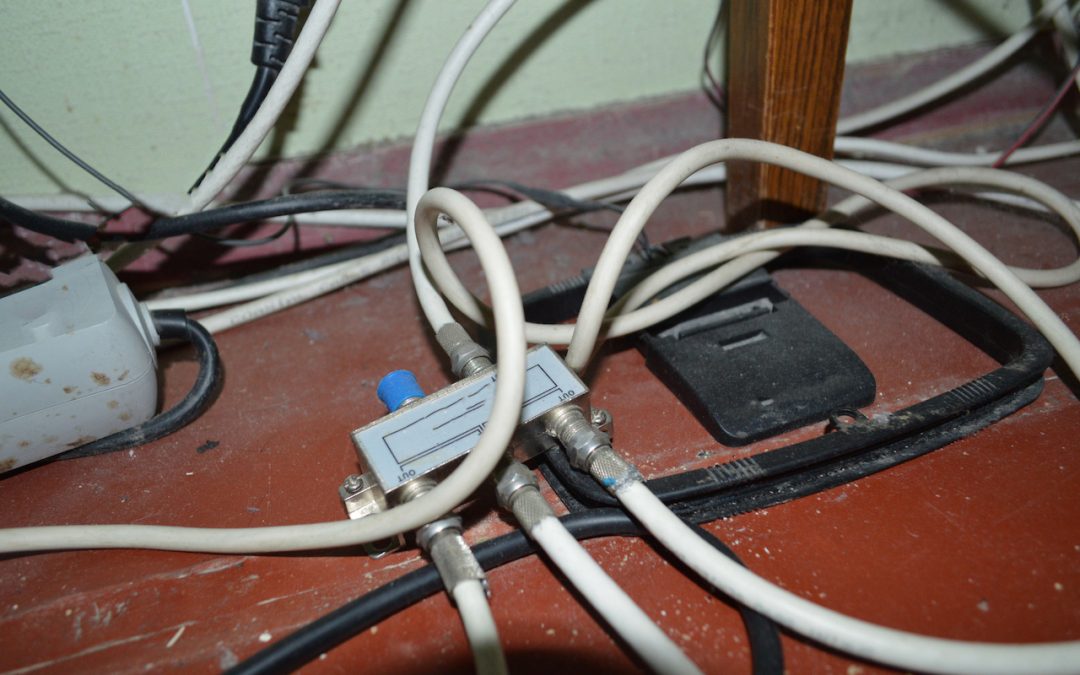 For most homes and offices, a standard or mesh Wi-Fi network works fine for providing Internet access throughout the building. And when higher throughput is necessary, it’s usually not that difficult to pull Ethernet cable from room to room.

But some buildings seem almost impervious to networking—imagine thick brick walls that both block Wi-Fi signals and make it nearly impossible to pull wire from one room to another. It may not be the entire building—you may just have trouble extending a network into a remote attic or basement room, or to a freestanding outdoor structure.

Where there’s a will (and enough money), there’s a way, of course, but there are two affordable alternatives for bringing network access to tricky spots: powerline networking and MoCA.

As you might expect from the name, powerline networking uses technical magic to piggyback data on top of the standard electric cables that are undoubtedly already in every room of your home or office. It has been around for years but was long considered slow and unreliable. Modern iterations of the technology, called HomePlug, have solved many of those problems and offer up to 2 gigabits per second (Gbps) of throughput.

You need a pair of powerline adapters to create a network, and all you have to do is plug them in. However, there are a few things to keep in mind:

The simplest powerline adapters provide just an Ethernet port, but others may offer an additional Ethernet jack, a pass-through electric outlet, and even a built-in Wi-Fi extender. Regardless, they’re inexpensive, with prices for a two-pack well under $100.

Its name may sound like a tasty hot drink, but MoCA stands for Multimedia over Coax Alliance, and it’s a standard for using coaxial cables for networking. This isn’t a new idea: those who were around the tech world in the 1980s and 1990s may remember 10BASE2 Ethernet, also known as thin Ethernet, which used thin coaxial cable. However, 10BASE2 Ethernet ran at only 10 megabits per second (Mbps), whereas MoCA offers throughput of up to 2.5 Gbps. MoCA’s win is that it runs over the coaxial cables installed in many buildings, primarily homes, to distribute cable TV. If you already have coaxial cable in your walls, why not use it for networking?

Security remains an issue if your coax cables also carry cable TV or broadband Internet and thus extend beyond your control. The problem is that MoCA signals are quite powerful and can travel farther than intended, such as to neighboring houses. The simple solution is a point-of-entry filter added where the coax enters your house—it prevents MoCA signals from leaving your house. You may also be able to configure a MoCA security key to keep your traffic private, but not all MoCA devices support security.

As with powerline networking, setting up a MoCA network generally requires at least two adapters, although some routers have built-in MoCA capabilities. MoCA adapters usually provide one or two Ethernet ports, although it’s also possible to get Wi-Fi network extenders that support MoCA. The hardware is a bit more expensive than powerline gear, with prices for a two-pack in the $120 to $150 range.

Both powerline networking and MoCA require that you have properly configured wires in your walls, so there are no guarantees with either. Your building’s electrical system may be too complex for powerline networking, and even if you have coax cables, there’s no way of knowing if they were installed well or have suffered damage over the years.

But neither is particularly expensive, so as long as you purchase from a vendor that allows returns, you should be able to test either one easily. And if you’re looking for a recommendation about particular brands to get or avoid, contact us.

Social Media: Wi-Fi and Ethernet are sufficient for most networking needs, but if you can’t extend a network to a particular spot, consider powerline networking, which runs over electrical cables, or MoCA, which runs on cable TV coax. Details here: